A downloadable game for Windows, macOS, and Linux

Nelly Cootalot is the stupidly named pirate adventurer with a heart of gold. Uncover corruption and wanton punning in this HD revival of a classic freeware adventure game.

The revenue of the game - after fees and taxes are deducted - will go to the RSPB, a British charity taking care of our feathered friends (birds).

ABOUT THE GAME
Nelly Cootalot, fearsome pirate and lover of tiny and adorable creatures, is charged by the spirit of a dead buccaneer to investigate the mysterious disappearance of a fleet of birds known as spoonbeaks. Her adventure will bring her face to face with the nefarious Baron Widebeard as she uncovers corruption and wanton punning in the Barony of Meeth.
Meet a cast of oddball characters and solve puzzles in this delightfully witty point and click adventure game.

In order to download this game you must purchase it at or above the minimum price of 2.00€ EUR. You will get access to the following files:

I can not buy this game.

I have two monitors and when I ran the game it set my screens to be mirrored. Is there a setting in the CFG file I can adjust so it only displays on my main monitor ? I am using the Linux version.

Hi!
Could you think about bonding in the packet the italian translation?
I know it is in the Steam version, but it's not included here.
Thanks in advance!

I really enjoyed this game!

Story - 0/5 - For some reason I put the difficulty of the game in this section, as I had trouble I rate the story badly. Adventure games should be straightforward and telegraph all puzzles to me.

Mechanics - 0/5 - I was really surprised that I had to navigate in an adventure game. Why is there an inventory screen? Why doesnt it just automatically select the right item when I click on something?

Visuals - 0/5 - Why is this not as good as AAA games? Frankly it looks like there was only one person involved here.

Overall - 5/5 - Because score breakdown reviews were retired many years ago as unnecessary. A fun adventure.

Hey man, glad to see you commenting and enjoying these games! I understand you disagree with my evaluations and that's fine, keep enjoying what you do!

Thanks fory replying, everyone is entitled to their opinion and I apologise for being very flippant here based on reading your other reviews. Point scale breakdown reviews went out of fashion years ago which did catch my eye (especially in a comments board), just try and be constructive with indie devs and I'll think twice myself too before being so facetious!

"Point scale breakdown reviews went out of fashion years ago"
That's a ridiculous statement with no basis in fact.

The brief moments of wit and creativity did not make up for the common pitfalls of point and click games that Nelly Cootalot succumbed to.

Story - 2.5/5 - There is a loose story here, but the wackiness rarely impressed me, and on occasion relied on the player to foresee large leaps of logic (or look up a walkthrough) to progress. I could see some people enjoying the dialogue, but to me it was only just tiredly amusing.

Mechanics - 1.75/5 - For such a small map, there was so much navigating back and forth that could've been mitigated. The designer missed the chance to use more dialogue to drop hints to the player, and a lot of the puzzles felt like they just had to be brute forced. Navigating between the inventory and the map was also clunky, and upon exit the game sometimes froze up. Kudos to the hint mechanic, but many times it would simply be misleading or wouldn't highlight items one could actually interact with.

Visuals - 2/5 - The artwork is just slightly less than good. At times it's comical and fits the humorous bent, but mostly it felt shoddy.

Sound - 2.5/5 - The writer is actually decent at voice acting. The music was okay; I think having to traverse back and forth made me hate pirate music.

I think that's because the update to Catalina broke backward compatibility with a lot of games. I've seen people playing other games complain about this too.

Hey,
tejasunku is correct about this probably being a Catalina issue, we did sign the game with apple so it should allow it to run, but I believe the security system of Catalina(gatekeeper) might still flag a game, if it's downloaded through a browser.

If you're using your browser to download, you can instead try to install using the itch.io app https://itch.io/app this should fix the issue.

If it doesn't, please let me know and I'll take a closer look and see what we can do.

That's working! I didn't know there is an app. Thank you :)) 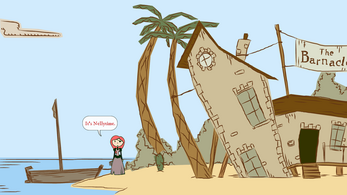 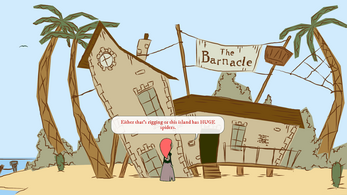 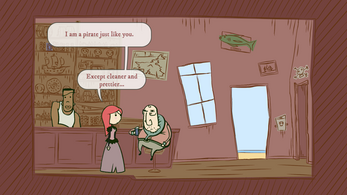 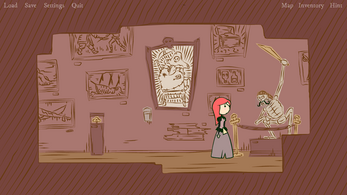 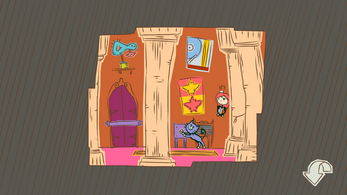 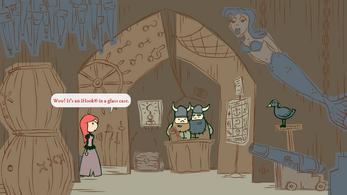